When the Lamb opened the seventh seal, there was silence in heaven for about half an hour. Then I saw the seven angels who stand before God, and seven trumpets were given to them. And another angel came and stood at the altar with a golden censer; and he was given much incense to mingle with the prayers of all the saints on the golden altar before the throne; and the smoke of the incense rose with the prayers of the saints from the hand of the angel before God. Then the angel took the censer and filled it with fire from the altar and threw it on the earth; and there were peals of thunder, loud noises, flashes of lightning, and an earthquake.

Now the seven angels who had the seven trumpets made ready to blow them.

The third angel blew his trumpet, and a great star fell from heaven, blazing like a torch, and it fell on a third of the rivers and on the fountains of water. The name of the star is Wormwood. A third of the waters became wormwood, and many men died of the water, because it was made bitter.

Then I looked, and I heard an eagle crying with a loud voice, as it flew in mid-heaven, "Woe, woe, woe to those who dwell on the earth, at the blasts of the other trumpets which the three angels are about to blow!"

And the fifth angel blew his trumpet, and I saw a star fallen from heaven to earth, and he was given the key of the shaft of the bottomless pit; he opened the shaft of the bottomless pit, and from the shaft rose smoke like the smoke of a great furnace, and the sun and the air were darkened with the smoke from the shaft. Then from the smoke came locusts on the earth, and they were given power like the power of scorpions of the earth; they were told not to harm the grass of the earth or any green growth or any tree, but only those of mankind who have not the seal of God upon their foreheads.

Then the sixth angel blew his trumpet, and I heard a voice from the four horns of the golden altar before God, saying to the sixth angel who had the trumpet, "Release the four angels who are bound at the great river Euphrates." So the four angels were released, who had been held ready for the hour, the day, the month, and the year, to kill a third of mankind. The number of the troops of cavalry was twice ten thousand times ten thousand; I heard their number. And this was how I saw the horses in my vision.

Then the seventh angel blew his trumpet, and there were loud voices in heaven, saying, "The kingdom of the world has become the kingdom of our Lord and of his Christ, and he shall reign for ever and ever." And the twenty-four elders who sit on their thrones before God fell on their faces and worshiped God, saying,

"We give thanks to thee, Lord God Almighty, who art and who wast, that thou hast taken thy great power and begun to reign. The nations raged, but thy wrath came, and the time for the dead to be judged, for rewarding thy servants, the prophets and saints, and those who fear thy name, both small and great, and for destroying the destroyers of the earth."

Then God's temple in heaven was opened, and the ark of his covenant was seen within his temple; and there were flashes of lightning, loud noises, peals of thunder, an earthquake, and heavy hail.

Then I saw a new heaven and a new earth, for the first heaven and the first earth had passed away, and the sea was no more. And I saw the holy city, new Jerusalem, coming down out of heaven from God, prepared as a bride adorned for her husband. And I heard a loud voice from the throne saying, "Behold, the dwelling place of God is with man. He will dwell with them, and they will be his people, and God himself will be with them as their God. He will wipe away every tear from their eyes, and death shall be no more, neither shall there be mourning, for the former things have passed away."

And he who was seated on the throne said, "Behold, I am making all things new." Also he said, "Write this down, for these words are true." And he said to me, "It is done! I am the Alpha and the Omega, the beginning and the end." 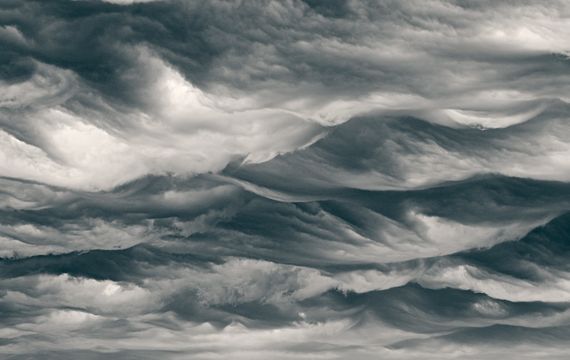