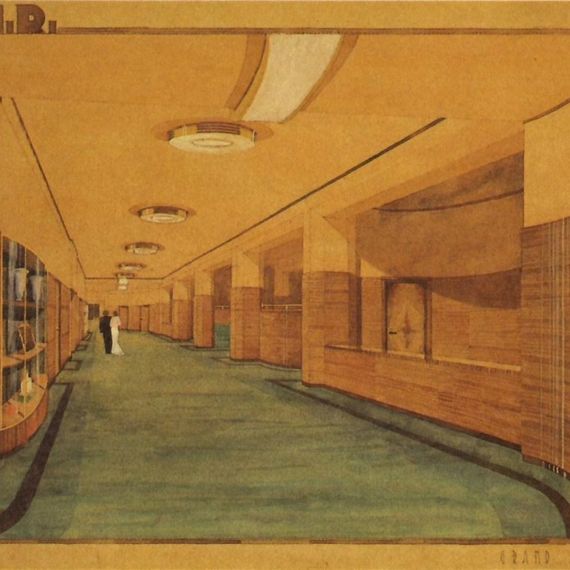 The Vlaams Radiokoor was founded in 1937 by the Belgian National Radio Institute (NIR/INR). The history of the radio choir is inextricably linked with that of its sister ensemble at the same broadcaster: the Great Symphony Orchestra (now the Brussels Philharmonic).

The Vlaams Radiokoor was founded in 1937 by the Belgian National Radio Institute (NIR/INR). The history of the radio choir is inextricably linked with that of its sister ensemble at the same broadcaster: the Great Symphony Orchestra (now the Brussels Philharmonic).

The Flemish Musical Service, headed by director Paul Collaer, was from the outset a pioneer of modernism, making it possible to perform the lead-ing works of composers such as Igor Stravinsky, Béla Bartók, Darius Milhaud, Francis Poulenc and Sergei Prokofiev.

The radio choir and orchestra, tasked with performing significant premieres and performances of contemporary music, received glowing reviews. A few examples from 1939: the world premiere of Stravinsky’s cantata Le Roi des étoiles (‘The King of the Stars’), thought to have been lost.

Collaer also involved the choir in the rediscovery and performance of early music – a very new discipline. A sampling from the programming of 1939: the oratorium Jephte by Carissimi, Il ballo del Ingrate by Claudio Monteverdi as well as 15th and 16th century a capella music by the Flemish polyphonists such as Orlando di Lasso and Jacob Obrecht.

1945: orchestra and choir as showpieces

After the war, the strengths remained a great deal of contemporary music, early music, the great repertoire and Flemish music. The choir took part in significant world premieres such as the Figure humaine by Francis Poulenc (1945) and The Euménides by Darius Milhaud (1949), the latter a work for which Milhaud had waited more than 25 years. Belgian works were also performed, such as the Agnus Dei by Robert Herberigs, Icare by Marcel Poot and Inferno by Norbert Rousseau.

“One of the great treasures of the broadcaster is without doubt the presence of the choir, with which large-scale vocal and orchestral works can be performed.”

From 1970 until his retirement in 1996, Vic Nees was the choir’s conductor: he is without any doubt the most important Flemish choral composer of his generation. He introduced a new style with contemporary choral techniques such as clusters, aleatoric music, and whispering and speech choirs.

Nees developed a niche for the choir in 19th and 20th century choral music from its native land, and performed many premieres of works by fellow composers. He also revived forgotten works of the region’s own musical heritage. With these recordings he built a rich sound archive of Flemish choral music. The choir thus fulfilled its pioneering role in the renewal of amateur choral life in Flanders.

In 1998, the management of the public broadcaster decided to dissolve the choir and orchestra. The ensembles were obliged for the first time to have to work independently of the broadcaster. The operation was not without risk but despite a turbulent start, the Vlaams Radiokoor increasingly found its rightful place in its home country and increasingly at the international level.

Johan Duijck was hired as chief conductor of the new Vlaams Radiokoor. His challenge was nothing less than to transform the choir from a studio ensemble into a concert-ensemble. Cautiously, concert series were launched under its own management, and collaboration was sought with new partners.

After Johan Duijck, the Danish conductor Bo Holten took over the helm in 2008, in 2011 it is Hervé Niquet who continues to refine the sound and further expand the choir’s international reputation. As from 2019, Bart Van Reyn is the music director of the choir.

“This is a highly professional choir. Its stylistic approach is unusually strong.”

Today, the Vlaams Radiokoor is a regular player on the European concert circuit. There is great interest in France, Italy and the Netherlands and the first bookings from the UK and Germany are coming in. Renowned ensembles such as Les Siècles or the Royal Concertgebouw Orchestra Amsterdam are working with the choir.

“The choral singing has wonderful richness, clarity and fervour, above all in the Messe vocale, which is breathtaking.”

As in the past under the aegis of the radio broadcaster, the hallmark of the Vlaams Radiokoor remains its unique flexibility, its skill in a very broad repertoire and its pioneering role as a discoverer of unusual repertoire – and just like in its golden age, this reputation is recognised throughout Europe.

The Vlaams Radiokoor is, together with Brussels Philharmonic, an institution supported by the Flemish Community.