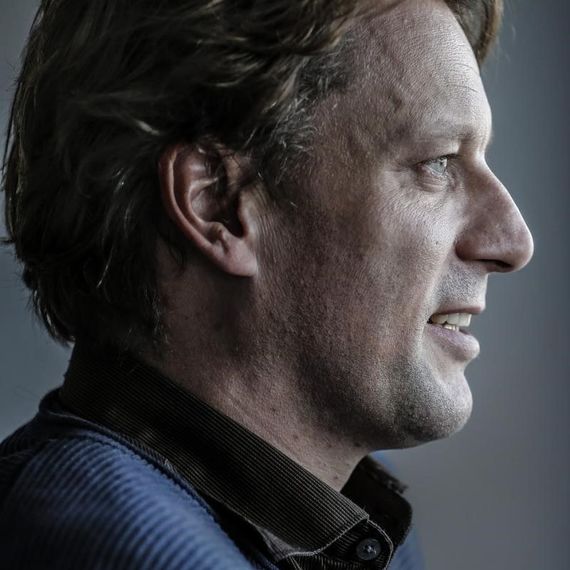 The planets are the right place to start. The motions of the six planets of our solar system that are visible to the naked eye have had a profound influence on humankind’s contemplation of the cosmos. The planets were the spark that liberated the human spirit from a religious - mythical worldview, gradually paving the way for a scientific conceptualization of the world based on rational laws we can discover. This has been an immensely enriching chapter in our history, in which we are still immersed. I call it a gift to humanity which we should use wisely. Moreover music and science have gone hand in hand for a good part of this journey, emerging from a feel of wonder and refining each other’s language to capture the world. Pythagoras’s music of the spheres. Musica Universalis.

Now the very first revolution in our thinking about the planets occurred in what is today the Western part of Turkey, in Milete, in the 6th century before Christ, where Anaximander was the first to see the Earth as a planet, as a giant rock floating freely in empty space. Anaximander changed our understanding of the world from a closed box, with the Heavens above and the Earth below, into an open space. He gave depth to the cosmos.

Surely, Man remained squarely in the center of the world for much longer.

Only in the 16th century did Copernicus hesitantly and reluctantly put forward his heliocentric model of the solar system. As you see it envisions six concentric circles around the Sun, one for each of the planets known at the time, surrounded by a fixed outer sphere representing the stars.

The circular orbits meant the Copernican model did not work very well. It is more a change of worldview than a good model of the planetary motions. Shortly after however Galilei had the brilliant idea to mount the first telescope on the Campanile of the San Giorgio Maggiore in Venice, and to have a closer look at the skies.

Galilei sketched the craters and the mountains he saw on the Moon’s surface, thereby disproving the ancient belief that celestial bodies were perfect circles or spheres.

This culminated in Kepler’s observation that the planetary paths are elliptic rather than circles, and Newton’s laws of motion, in 1687, that provided a theoretical understanding of this. Newton’s mathematical laws in a sense unify heaven and Earth. But even Kepler and Newton embedded their scientific understanding of the motions of the planets into a profoundly mythical worldview of the cosmos as a whole.

In fact they reconstructed, literally, this is Kepler’s Mysterium Cosmographicum, the Platonic dream of the harmony of the spheres, including the fixed outer sphere. It is often said N was the last magician, rather than the first scientist.

Perhaps the most spectacular success of Newton’s laws happened in the 19th century when astronomers observed that the path of the planet Uranus, the Magician in Holst, deviated slightly from the path predicted by Newton’s law. The French astronomer Urbain Le Verrier suggested this discrepancy could be explained if there were an unknown planet, further still, that influences the path of Uranus. Le Verrier used N’s law of motion to predict precisely where on the sky this unknown planet should be. And indeed, the next night telescope observations found Neptune, the Mystic, exactly where Le Verrier had pointed. Le Verrier had discovered a planet "with the point of his pen", a spectacular confirmation of the power of science which sparked a glorification of N’s laws as the ultimate definite truth.

Inspired by this success Le Verrier then turned his attention to Mercury, the planet closest to the Sun. Mercury’s path too was not what Newton’s laws predicted. So astronomers began to search again for an unknown planet, this time a planet close to the Sun, closer than Mercury. Le Verrier already had a name for it; Vulcanus. This search went on for decades. But Vulcanus was never found, and Mercury’s path remained a mystery throughout the 19th century.

In fact, Mercury, the Winged Messenger in Holst, proved worthy of its name. In the early 20th century Mercury’s mysterious motion became central for Albert Einstein to uncover a whole new picture of the world. E is our modern Anaximander. His theory of relativity is a radical departure from N’s law of gravity. E reimagined gravity in terms of the bending and warping of space and time. Space and time, the basic fabric of reality, come alive, in E’s theory, and evolve according to a mathematical law. E, at last, brings the outer sphere in the ancient world models, the cosmos as a whole, within the realm of the sciences.

In 1915, in the midst of the profound questions and challenges of the first world war, AE at last demystifies the cosmos. At the same time, in Britain, on the other side of the trenches, Gustav Holst completes `The Planets’, and orchestral suite in which he traces the deeply human, archetypal religious – mythical quest, evoking the ancient mysticism that E radically seeks to abandon. Music and science, partners for so many centuries, could not be more confrontational at this dramatic moment in history.

Einstein’s theory of relativity gave us the tools to enable us to extend our scientific journey far beyond our solar system, outwards into space, and backwards in time. When we look deep into the universe we observe the universe as it was long ago, because the light from those distant regions has traveled millions or even billions of years to reach us. In cosmology we reconstruct our past, “Standing on a cooled cinder we see the slow fadings of the Suns and try to recall the vanished brilliance of the origin of the worlds.” Looking outward we discovered billions of galaxies like our own Milky Way. Behind those galaxies, behind the furthest stars so to speak, lies our cosmic horizon.

This is a modern picture of the outer sphere in the ancient world models. We cannot look further. This is a full sky map of the afterglow of the big bang. And it is alive! It’s flickering, as you can see. These flickers are extremely tiny temperature variations in the heat of the big bang, they are the seeds which evolved over billions of years into the stars and the galaxies and all the structures in the universe we see today. Their map is a cosmological Rosetta stone. We are looking here as far as we can, at our own origin.

This brings us to Joby Talbot’s companion work to The Planets. Talbot added an eight movement to The Planets, which he describes as an outward journey, away from the Sun, taking us far beyond the planets. The title of his movement `Worlds, stars, systems, infinity’, is taken from a letter from Lord Byron,

the celebrated British Romantic poet, who writes “Why I came here, I know not; where I shall go it is useless to inquire – in the midst of myriads of the living and the dead worlds, stars, systems, infinity, why should I be anxious about an atom.” An atom,.. that’s us. Modern cosmology shows that even in the vastness of space, we are never far away. We're made of star stuff. We are a way for the cosmos to know itself. 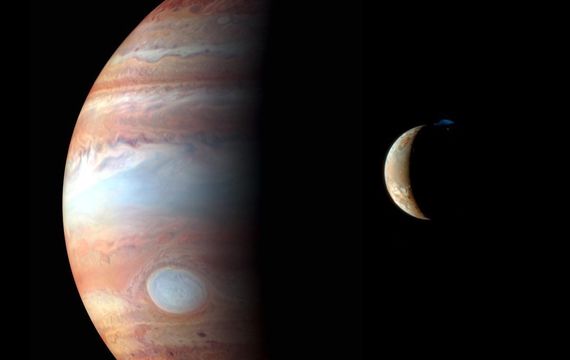